Changes in the Middle of the Storm

“Carol, it’s cancer,” were the quiet but firm words of the nurse on the other end of the phone. And with that heart-wrenching announcement, my world had been invaded by yet another ferocious storm.

As a young woman I had survived years of infertility, the loss of 5 babies as well as a devastating depression in my 30’s. Therefore I knew what was required to fight a battle such as this one. I wasn’t afraid of cancer but I was determined to fight, to sing and to flourish even during this unexpected and unwelcome winter season of my life.

Over the next few days, as I was poked and prodded and examined, I felt surrounded by a miraculous grace. My body was placed in massive and intimidating machines that took pictures of every organ and of each bone. Even then, I continued to sing the songs of faith while the storm picked up intensity around me.

Following the requisite tests, an appointment was quickly scheduled at which the doctors would communicate the nature of the cancer, the exact locations of the cancer and the medical protocol that must be followed.

The appointment had been scheduled for Tuesday morning, November 11, 2014. However, on Monday afternoon, November 10, the storm of the century hit Buffalo, NY. Two back-to-back blizzards pummeled our region of the country and we were blanketed with nearly 8 feet of snow in a period of 5 days.

On Monday afternoon, prior to my Tuesday appointment, as the immense storm gathered fury, I received a phone call from the oncologist’s office informing me that my appointment had been changed until the Monday after Thanksgiving, which was three weeks away!

As I looked into the swirling white madness outside of the windows of my home, there was also a storm raging inside of me. My entire world had been impacted by the raging blizzard of snow and by the fierce hurricane of cancer. In that very moment, I heard the Holy Spirit whisper in my ear, “Carol, I want you to study every storm in the Bible. God will meet you there with extraordinary life-changing lessons.”

I spent the following three weeks “storm chasing” through the sacred pages of Scripture. I was waterlogged with Paul on the Mediterranean in a relentless Nor’easter, I walked on the water with Paul as the winds rocked the boat of the disciples, I watched the gathering storm clouds with Noah, smelled fish guts with Jonah and sat in deafening silence with Job.

I’d like to share with you just one of the storm-stories that added sustenance and strength to my life. Put on your life vest because we are about to be tossed about with Paul on the Mediterranean Sea.

Paul was on a prisoner ship bound for Rome due to preaching the hopeful message of salvation. This ship, with its crew, soldiers, prisoners and cargo would take Paul on his stormy journey. They traveled at the very worst time of the year and were caught in the middle of a monstrous storm.

“Before very long there rushed down from the land a violent wind, called “Euraquilo”; and when the ship was caught in it and could not face the wind, we gave way to it and let ourselves be driven along.”- (Acts 27:14–15)

This was a sudden, unexpected, and unwelcome change in the voyage of the ship, which was now bobbing along the Mediterranean like a small cork in a gigantic tempest!

We all experience sudden changes in the circumstances of our lives. There are moments when everything seems peaceful and calm, and then, suddenly, a disturbance of epic proportions blows in.

Before the next storm attacks your peaceful existence, determine that even in the middle of a tempest, you will continue to hold on to the Word of God and worship the One who made the winds and the waves. Make a commitment that no matter what your health prognosis might be, you will remain a joyful, vibrant Christian who is filled to overflowing with the fruits of the Holy Spirit!

“The next day as we were being violently storm-tossed, they began to jettison the cargo; and on the third day they threw the ship’s tackle overboard with their own hands.” (Acts 27:16–19)

There will be times when you will be unable to control the events that are rebelliously gusting into your life. During those moments, as you taste the saltiness of fear and as you hang on to anything that seems stable, it might be time to consider the importance of jettisoning what is unnecessary in your life.

The desperate crew had no choice but to dump all of the cargo that was not necessary for the saving of their boat or of their very lives. These were frantic last rites for a dying ship, indeed!

In my own life, following several surgeries for cancer—after one of which I nearly died—months of vile drugs, and horrific treatments, I decided that it was time to begin to jettison my life’s cargo. I needed to change my life in order to make it through this cancer cyclone and suffer no residual damage.

I began to eat a clean and healthy diet, ridding myself of all sugars, processed foods, and soy products. I lost nearly fifty pounds in this jettison.

I also stopped dyeing my hair and using chemicals on my skin. I even changed my toothpaste and deodorant to brands that were all natural and chemical free. The throwing-off has not been easy, but it has been wonderful!

What changes do you need to implement in order to steer clear of the rocky coastline you are being tossed toward and make it through your storm unscathed? Every smart sailor knows the wisdom of doing this; every experienced seaman figures out what to dump overboard if they want to make it safely through a blasting tempest.

Don’t hesitate another minute—begin to jettison now! Your life may depend upon it! 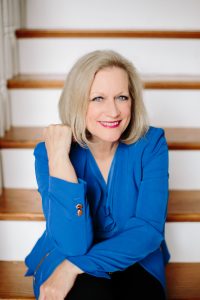 Carol is a best-selling author and popular speaker at women’s conferences and retreats, where she teaches the Word of God with great joy and enthusiasm. Carol encourages and empowers women with passionate and practical biblical messages mixed with her own special brand of hope and humor.

Most recent books include “StormProof: Weathering the Tough Times in Life”, and “Significant: Becoming a Woman of Unique Purpose, True Identity, and Irrepressible Hope,” released in the summer of 2019. Carol’s 12th book, “Vibrant,” released in November of 2020. All of Carol’s books are available at carolmcleodministries.com as well as at Barnes and Noble, Christianbook.com, Anchor Distributors and Amazon. 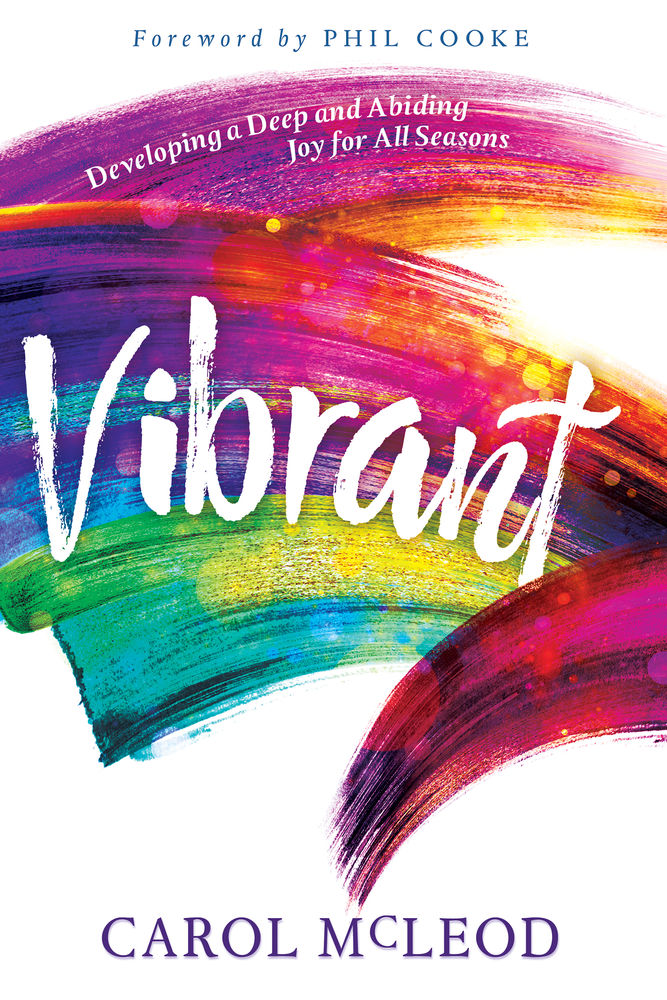