I’ve been here all week with so many wonderful writers and friends. We’re all here to perfect our writing and to meet those who are like-minded. It’s at writing conferences like these that I received mentoring and advice when writing “Finding True Freedom: From the White House to the World.” As a matter of fact, Ramona Richards, who was one of the faculty, suggested part of this title to me. As soon as “From the White House to the World” left her lips, I knew it was a key to the title I’d been searching for.

The climax of this conference is the Awards Night where the top books of the year are recognized. If you remember, “Unleash Your God-Given Healing” won a Golden Scrolls First Place Award as given by the Advanced Writers and Speakers Association in August, 2020. This was a thrill and confirmation that God was calling me to write this book—a book I wrestled with Him over and never wanted to write. 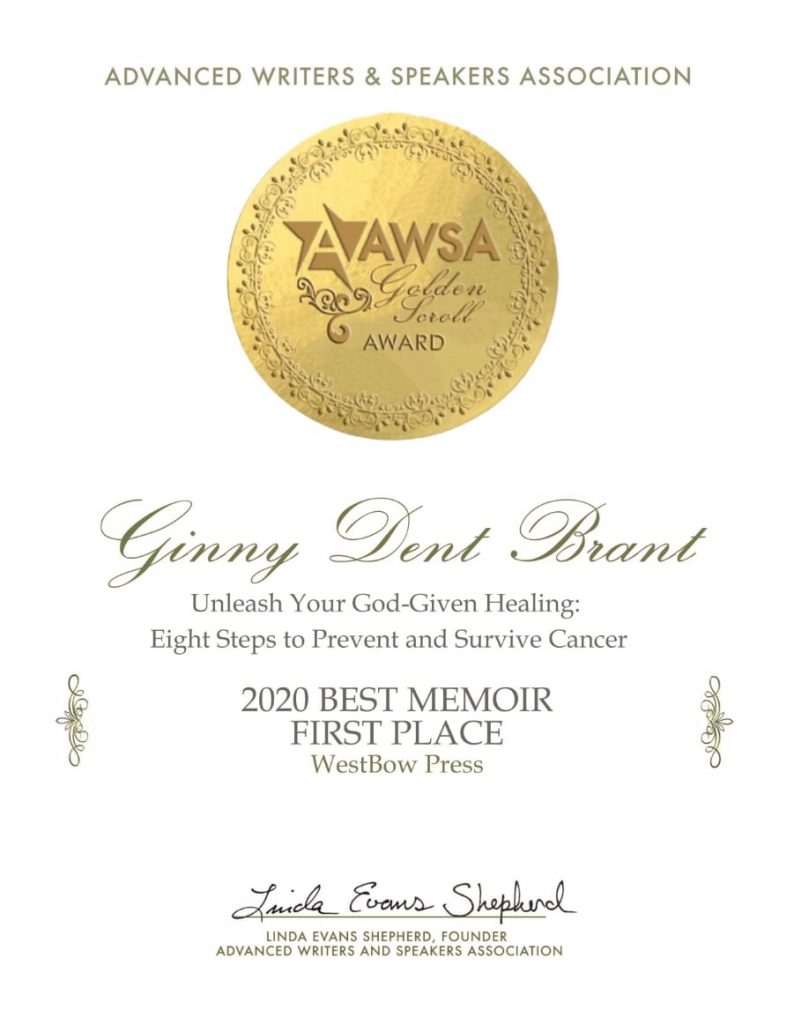 More confirmation came tonight at the Blue Ridge Writer Christian Writers Award Night. “Unleash Your God-Given Healing” was not only recognized as a Selah Award Finalist, but also placed Second in the Memoirs Category. In addition, it was recognized as Second Place for Nonfiction Books with the Director’s Choice Award. Edie Melson and Diann Mills are the two directors who work year-round to implement a program to mentor other writers. And thanks to all the faculty who give of their time to pour into us!

Now if I were a horse, this might be considered a triple crown of sorts. I bucked enough to earn the wild horse title. Oh, how I wrestled with Him concerning writing this book. I didn’t want to speak publically about my cancer or even tell people I had it—much less write a book about it. I never wanted cancer to define my life. Now I’m the Queen of Cancer Prevention. (And God truly has a sense of humor. He taught this bucking bronco a thing or two.) The more I learned from my research, the more I felt led to share with others so they could get through the journey and prevent it in the first place!

The only thing that would make me even happier is seeing the rates of cancer go down because people were reading my book and articles and putting a prevention plan in place.

Oh, how I pray for that to happen! Sorry in advance for the SHAMELESS SELF-PROMOTION–but I’m actually trying to promote your health!