One of the first supplements recommended to me by Dr. Amber Passini after my cancer diagnosis was a beta glucan supplement which was made from mushrooms. Although technically not a vegetable, mushrooms have a lot of power even though they are a fungi. I love using mushrooms in certain recipes, but the information shared today will help you see that eating mushrooms is also proven to reduce cancer risk.

Mushrooms are rich in vitamins, minerals, antioxidants, and bioactive compounds including immune-boosting polysacharrides. But a recent study has given them notable recognition. Researchers at Penn State analyzed data from more than 19,500 cancer patients to explore the relationship between mushroom consumption and cancer risk. They found that people who ate 18 grams of mushrooms daily (a handful) had a 45 % lower risk of cancer than those who did not eat mushrooms. That’s remarkable. More mushrooms, less cancer. In addition, researchers noted that the strongest correlations for reducing cancer risk was between mushroom eaters and breast cancer. 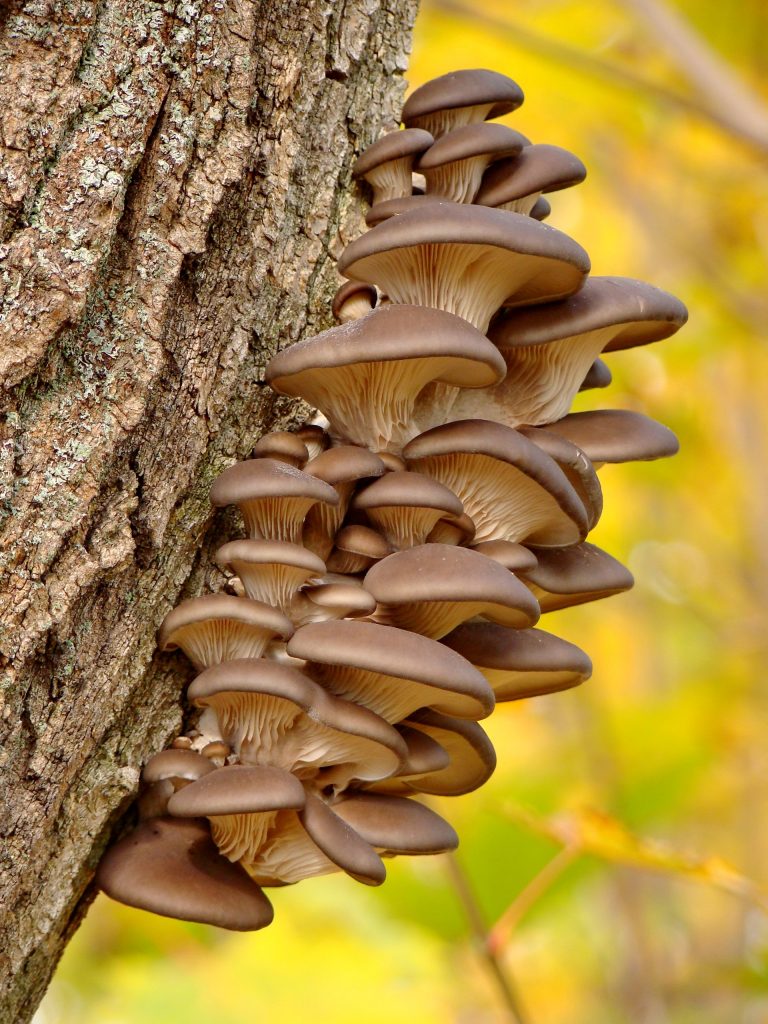 Some mushrooms grow on trees, but know which ones are not for eating.

On a zipline adventure in the forests above Durango, Colorado, our guide shared with us a mushroom she scraped off a tree. Mushrooms are a basic staple for those who live in the wilderness. However, they are easily available at any grocery store. According to the Cleveland Clinic, 3% of mushrooms are poisonous. So hikers beware!  I find them tasty and well-worth the nutrients offered. Count me in for reducing cancer risk.

Next week, we’ll look at an article on the five benefits of eating mushrooms including more studies on reducing cancer risk.

What are your favorite mushrooms to eat?

Ginny Dent Brant is a speaker and writer who grew up in the halls of power in Washington, DC. She has battled cancer, ministered around the world, and served on the front lines of American culture as a counselor, educator, wellness advocate, and adjunct professor. Brant’s award-winning book, Finding True Freedom: From the White House to the World, was endorsed by Chuck Colson and featured in many TV and media interviews. Unleash Your God-Given Healing was released in May 2020 after her journey with cancer and was recently awarded the First Place Golden Scrolls Award for Memoirs and named a Selah Awards Finalist. It was written with commentary from an oncologist. Learn more and cancer and wellness prevention blog and book information at www.ginnybrant.com.