Coffee ranks as the beverage of choice around the world with 64 percent of adults drinking at least one cup per day. Some people refer to it as a guilty pleasure, but if done in moderation and not overloaded with cream and sugar, a cup or two of coffee can provide seven amazing benefits for your health.

Drinking coffee on a regular basis:

Lowers risk of for heart disease and stroke.

One meta-analysis study pooled the findings of 21 studies on the risk of coronary heart disease (CHD) and coffee consumption. The data showed that moderate (1-3 cups per day) coffee consumption was associated with a lower risk of CHD in women and in men and women followed less than 10 years.

Provides a high level of antioxidants.

A cup of coffee on average contains vitamin B-2 (11% RDI), vitamin B-5 (6% RDI), potassium (3% RDI), manganese (3% RDI), magnesium (2% RDI), and B-3 (2% RDI). In addition, the plant compounds in coffee provide a rich source of antioxidants. These powerful chemicals protect our bodies from oxidative stress and help prevent many age-related diseases.

This is surprising to me, but a study found that the caffeine as found in coffee actually lowers the risk of Alzheimer’s disease and dementia. In addition, more research has documented an association between coffee and caffeine intake and a lower risk of Parkinson’s disease. Unfortunately, decaffeinated coffee does not produce the same results.

A few large studies involving over 100,000 people concluded that regularly drinking coffee was associated with a “modest” reduced risk of all-cause mortality. This “modest” reduction was as high as 20% for men and 26% for women. This reduction is largely due to the high amounts of antioxidants contained in the coffee.

Mounting evidence from a meta-analysis study suggests that drinking coffee protects the liver and lowers risks for liver cancer. In a large NIH study, coffee was also inversely associated with colon cancer, particularly proximal tumors. According to the American Institute for Cancer Research (AICR), “Coffee contains a variety of compounds that, in lab studies, can block carcinogens, reduce cancer cell growth and promote cancer cell death.” Coffee is also listed on the AICR’s Foods that Fight Cancer List.

According to a study by Harvard School of Public Health, People who increased the amount of coffee they drank each day by more than one cup over a four-year period had an 11% lower risk for type 2 diabetes than those who made no changes to their coffee consumption. Similar significant and inverse associations were observed with decaffeinated coffee and tea and risk of incident diabetes. High intakes of coffee, decaffeinated coffee, and tea are associated with a reduced risk of diabetes.

I recently attended a writer’s conference where I’m sure the coffee sales went up! Some people say that coffee is a writer’s best friend. Why? Research shows that coffee boosts our mental alertness and can help us with cognitive function. It certainly takes both of these to write or perform any task that requires your brain to function at its best. 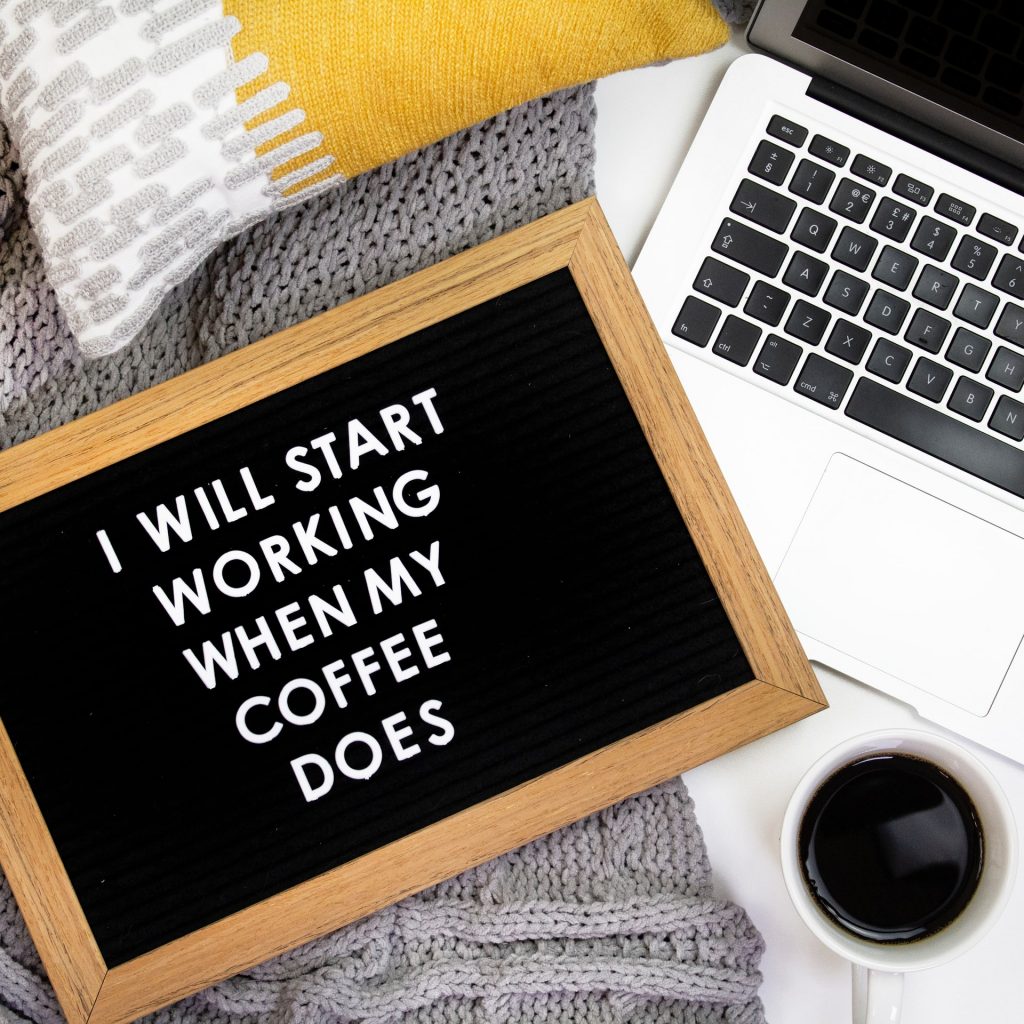 Writer’s usually don’t start writing until their coffee kicks in.

As you can see, coffee in moderation has an upside for many people. But everything with an upside usually has a downside to it. And coffee can be a slippery slope for some folks. Don’t start increasing your coffee intake until you read the next article. Next week, we’ll look at the downside and a few cautions that impact people with certain conditions. These seven amazing benefits of drinking coffee are powerful when we drink sensibly, but there are some notable cautions.