Sometimes our deepest sorrows become our greatest joys. For some people, getting pregnant and carrying a baby is as easy as breathing. It just happens. For some people, the path to having a child is laden with potholes, detours, heartaches, and great sorrow. It was easy for my husband and me to conceive and for me to carry our children. But my heart went out to my friends who experienced infertility or the inability to carry a child to the age of viability. Conception and childbirth are two of many blessings from God–ones that should never be taken for granted.

Infertility hit closer to home when our son – Josh, and his wife – Sydney, began trying to have their first child. What was effortless for their friends and relatives became a long road of trials and despair. Deep down, we knew God had a plan for them to have a family, and we prayed for His will to be made known. I could sense the pain Sydney felt when her close friends and relatives announced their pregnancies in unending succession. Although Sydney gave many a baby shower, she was always the shower planner and never the pregnant mom.

God gives us many gifts and blessings. Josh and Sydney’s desire of their hearts to have a child was eventually answered through the blessing of adoption. When 4-pound Sullivan Brant was placed in Joshua’s and then Sydney’s arms, it was love at first hold. 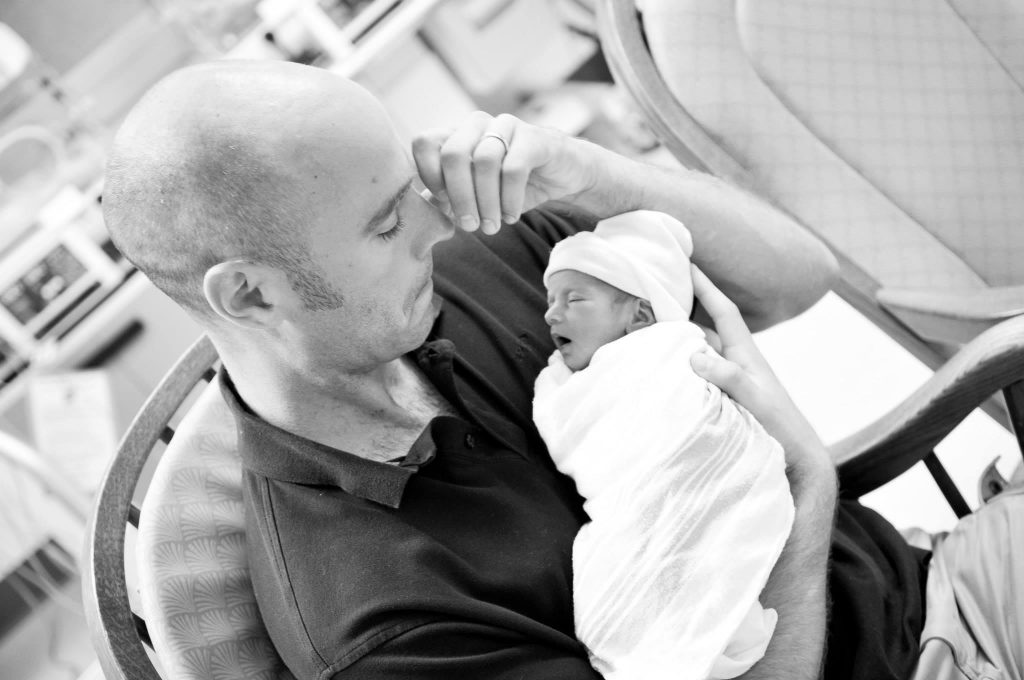 This adopted child became the light of our lives as grandparents and the answer to her parent’s prayers. Somehow she managed to wrap her parents, two sets of grandparents, four uncles, and two aunts around her tiny little finger! We all believe adopted children are a special gift because God miraculously places them in our arms.

Although Josh and Sydney continued to try to have other children, years again would pass with no success. Eventually, they felt completely satisfied with God’s provision of Sullivan. But God had more plans for them. In May of 2021, Josh and Sydney announced that she was pregnant at the age of 39. Although a difficult pregnancy and both feeling some days like Sarah and Abraham, Sydney is now 38 weeks in her journey. In the past few months, instead of giving the baby showers, she was the pregnant mom for whom the showers were being given.

This Thanksgiving, we celebrate the gift of this pregnancy. November is also National Adoption Month—our reminder of how God answered our prayers with Sullivan. We were also blessed when Jonathan and Kailen gave birth to Ashlen three years ago and Austin 18 months ago. Of all the blessings in life, all grandparents would agree that grandchildren take first place in the blessings contest.

This pandemic has been replete with many hardships. I don’t know of any group of people who endured more hardship than the Pilgrims. When they gave thanks on Thanksgiving Day, it was after the most grueling year of their lives.

God still continues to bless us even during this pandemic. Our suffering has become our Thanksgiving. And when we gather on Thanksgiving this year, Dawson Joshua Brant will be on our hearts as minds as we count our many blessings and await his arrival. And no one is more excited to welcome this new fella to the family than our other blessings, Sullivan, Ashlen, and Austin.

What blessings are you thankful for during this pandemic?